The most comprehensive biography of the Australian novelist Christina Stead is as nomadic and cosmopolitan as its subject.
Stead left parochial Sydney in 1928 at the age of 26 and only returned when she was 72, spending her whole writing life on the other side of the world. From London, she moved to the heady Paris of the 1920s, and later fled McCarthyist New York – a city Stead loved and hated – for Europe. Her novels followed her nomadic life and were regarded as 'un-Australian'.

Most would-be biographers had the door slammed in their face. Rowley stayed the course to do justice to a major novelist and global citizen.

This biography won the National Book Council Award when it was first published in Australia in 1993.

Edgewear, else fine in dustwrapper.

The Archibald Paradox - a Strange Case of Authorship Under The Joy Of The Sky 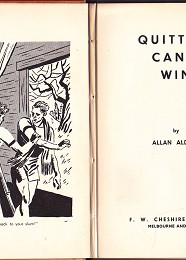